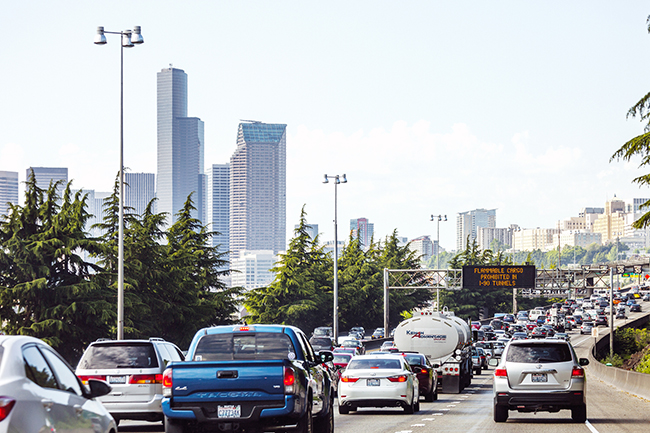 At Juniper Capital, we aim to keep you informed about recent real estate developments and relevant news impacting Seattle and the Pacific Northwest. As Northwest private money lenders, we specialize in commercial real estate loans, land development loans, and more. Contact us today for more information about market trends, a current market valuation of your specific development, or any questions you may have about the real estate loan process.

To some, that red line running down Washington State’s I-5 and I-405’s traffic corridors on a traffic app are enough to heighten blood pressure on a commute, but on the flipside there’s a silver lining for investing in high-density, transit-oriented developments for this very reason.

Industry experts note that as traffic continues to worsen in the Puget Sound region, the desire and demand for transit-oriented development has surged to new heights. Development sites that fall within a half-mile of light rail stations or on Rapid Ride transit lines command higher prices. It can be a win-win as tenants will pay higher rates for convenience and developers in these zones can focus less on building parking and more on multifamily housing. Greater Seattle struggles to mobilize its residents through the region, giving transit-oriented developments even more value and profit potential, experts say.

Already, solo car commuters in the region have dropped from 53% to 44% since 2010 according to a recent Seattle Times article citing US census data, representing the largest decrease of its kind in the country. In that time density has increased, underscoring the local frustration with driving in Seattle and big efforts on the part of transit to scale with urban growth and get more people on rail and bus lines. Stricter zoning laws have concentrated much of the regional growth in select high-density areas that are “walkable and transit-rich.” This means urban residents are ditching their cars and instead using mass transit, car share services, walking or riding their bikes.

For developers, this high-density demand means opportunity throughout the Greater Puget Sound area from Everett to Tacoma, and Burien across to Issaquah. It’s already happening. Sound Transit in its June 2018 expansion plan shows increased infrastructure in that very footprint between now and 2034, and it’s well underway. Along with it, developers are following suit.